My comment about the bad treating of human to the animals.

30/05/2009 my bussiness communication teacher was giving us seen a video about animal cruely.

The video was taken under covering. But it so clear for us to see, how pity that the animals was.

First i saw was turkey, the worker was so cold-blooded, they treat the turkey was tremble, cruel, they kick them, kill them, because of human wants their meat.

Second part i saw was chicken or hens, they are thousand or billion chicken in 1 farm, the most cruel part was i the chicken has given some chemical to make the chicken grows bigger, some of the chicken was cant support the weight they have, because of that their legs was broken, they cant walk as normally, just because of the grredy of human. The other part is the people want to send the chicken to other places, they just take the alive chicken and throw it hardly to the container, its hurt. The human not even think about the feeling of the animals. Animals also have life, why cant they just treat them nicely.

Then, the pig. The baby pig that just born, the worker use a pliers to take the baby pig teeth out, im really not understanding what is the purpose. But i heard the roaring, it was so merciless.

Last part was the cows, the worker use the pliers vice the mouth of the cow to pull them out. Then they cut the cow to get the milk, but what i saw was not jkust milk, it also blood, its nausea.

What my comment about this video is cruel, devil, sad and sympathy. But i cant say anything, because i also having the meat everyday. Only can say is hope the human just treat the animals more nicely. 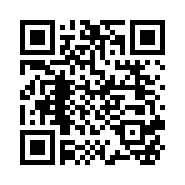